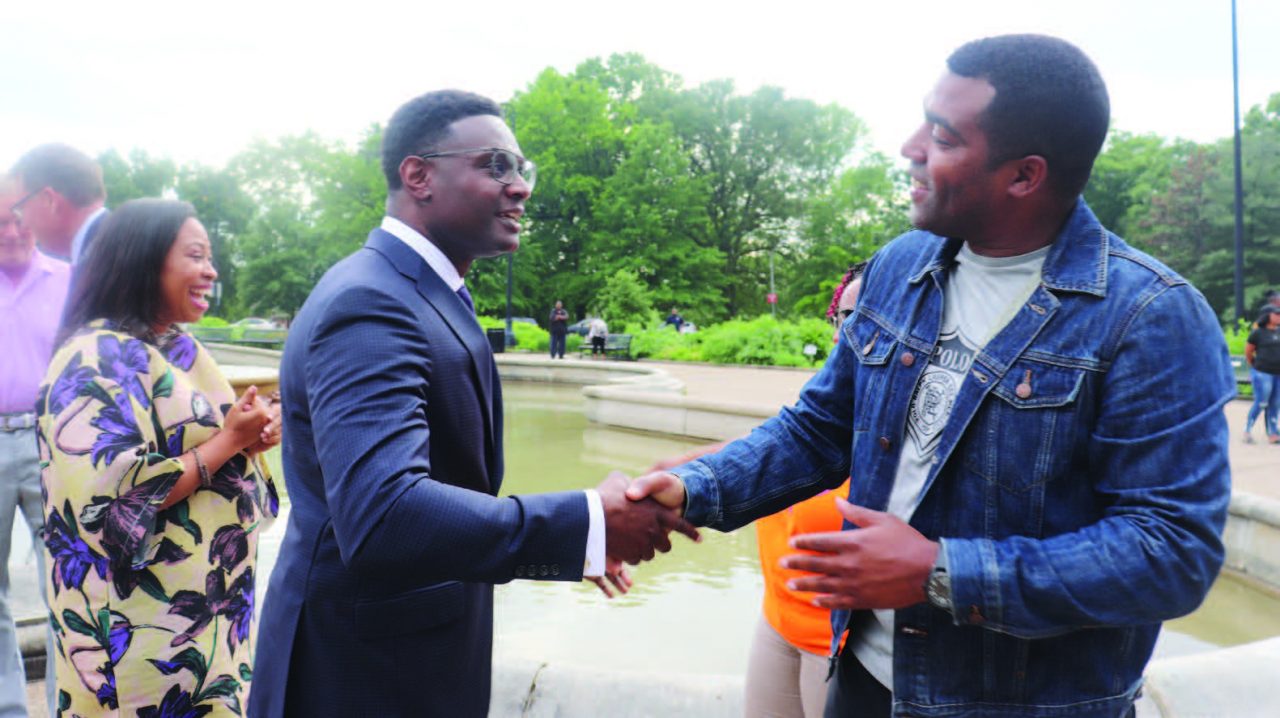 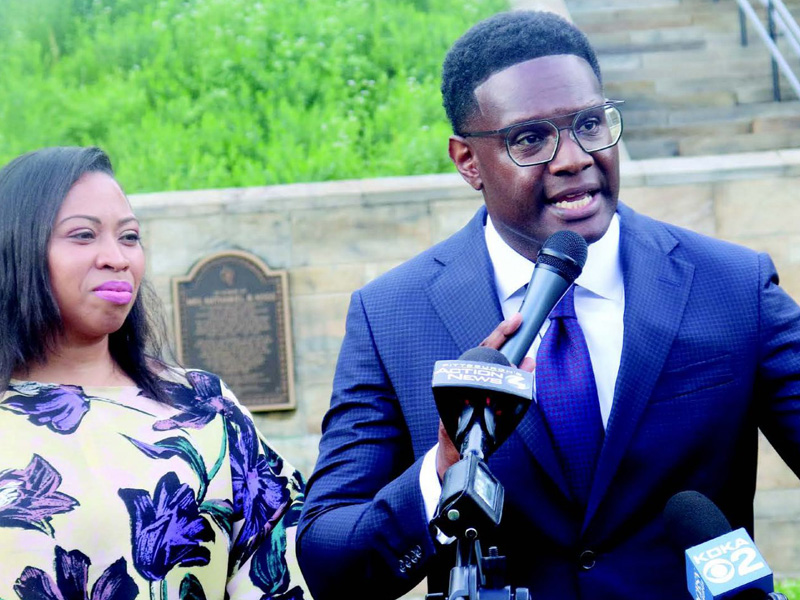 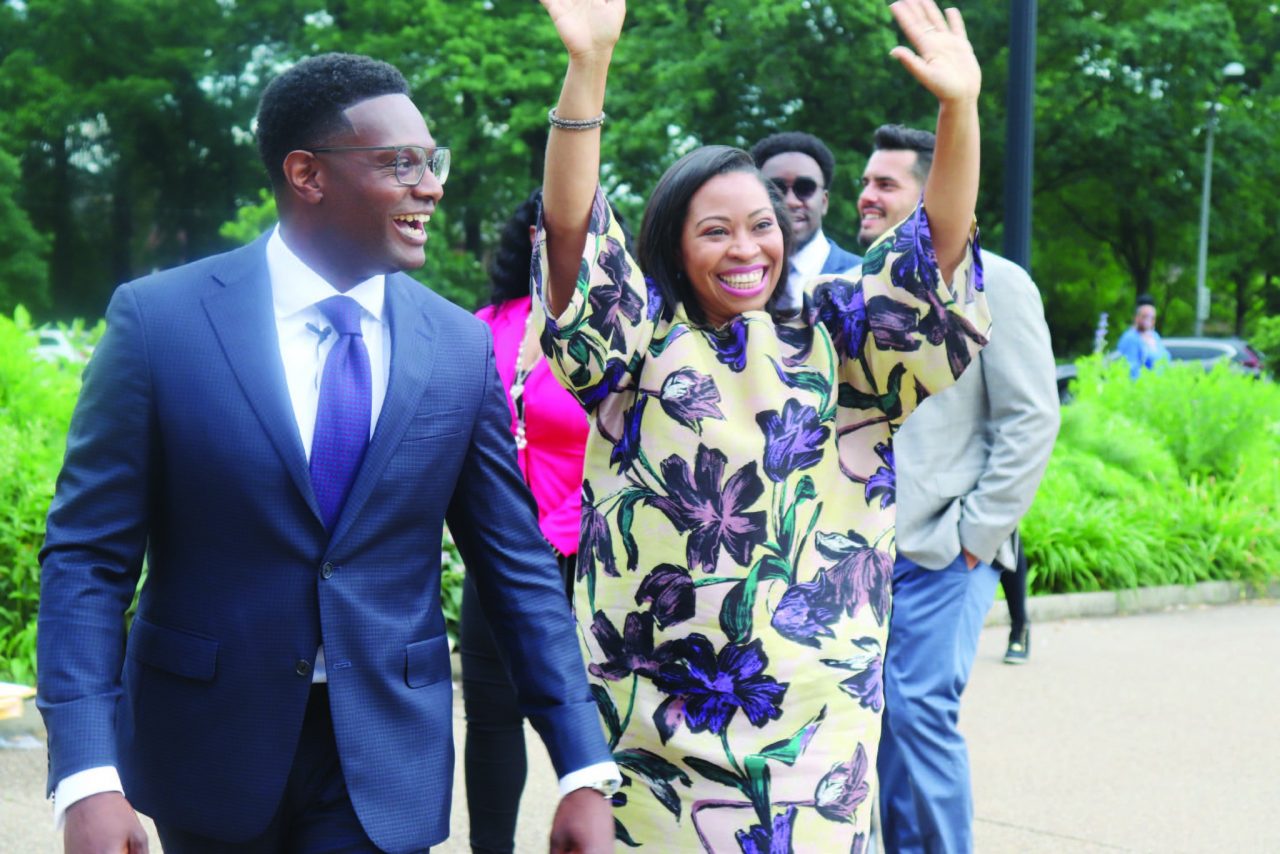 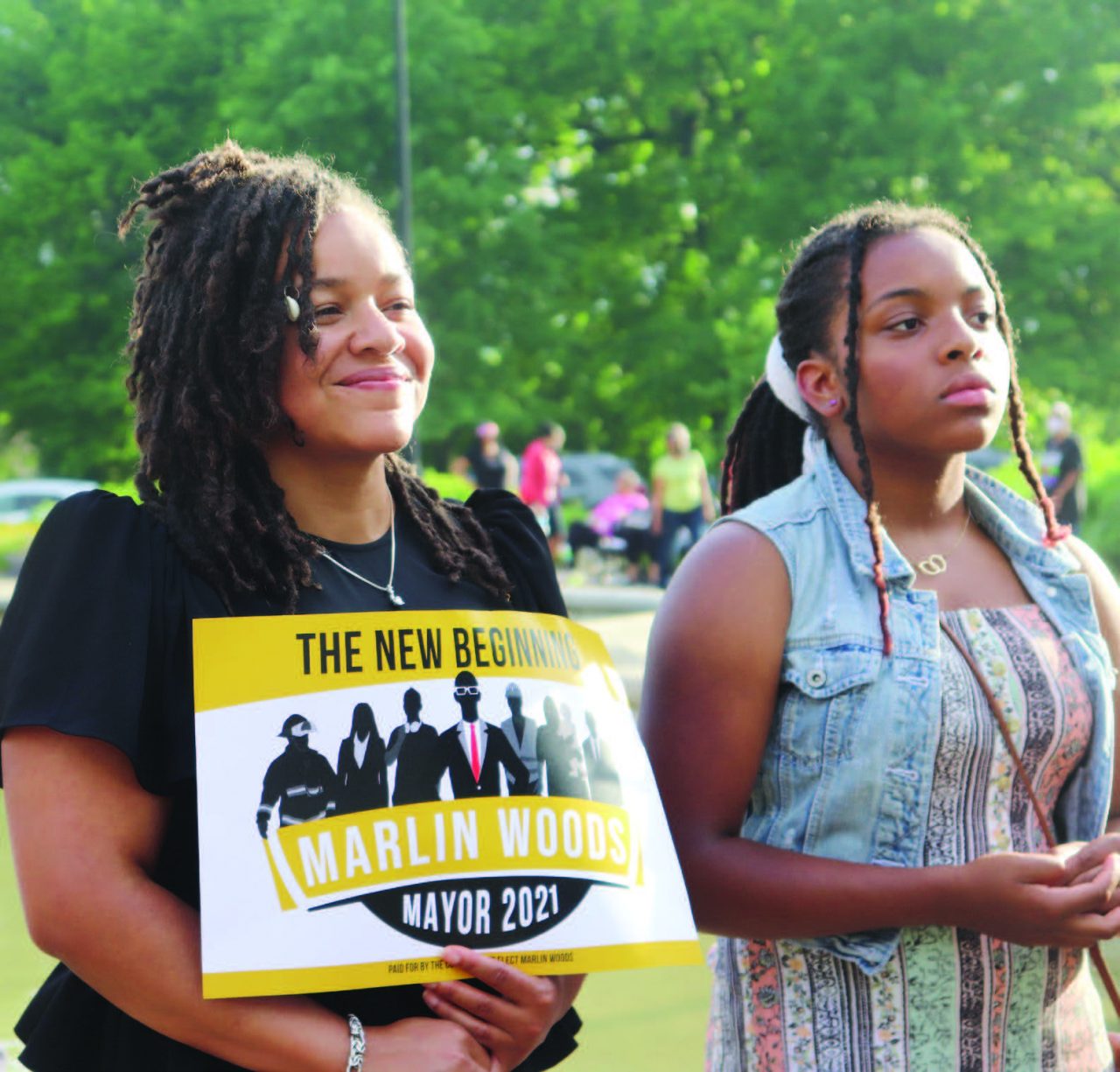 View the original article on the Pittsburgh Courier Website

Marlin Woods is big on authenticity. He’s big on being exactly who he is.
He’s an author, motivational speaker and is big on serving others. It just so happened that those he has served, those he has helped over the years with his words and actions have called on him to serve the entire City of Pittsburgh, as mayor.

“Ultimately, I never had a choice. When you recognize that you don’t have a choice, now that responsibility becomes your creed,” Woods said.

The East Liberty resident, married with four children, officially announced his candidacy for mayor of Pittsburgh before friends, family and supporters at the Highland Park Reservoir, June 10. He is running as an Independent, as State Rep. Ed Gainey, another African American man, has wrapped up the Democratic nomination.

The general election is in November; it’s unclear if retired Pittsburgh Police Officer Tony Moreno, who is a registered Democrat, will run in the November election on the Republican ticket. Will Parker, another African American man, announced earlier in the spring that he would run in the general election as an Independent.

Woods, 48, dressed dapper as usual, said that he had been preparing for this day since 2017. “This isn’t new. This isn’t a decision that was made by any political activity that’s happened recently, or by social unrest, or by COVID-19. The community came to me when I was minding my business, enjoying what I was doing, and said, ‘You need to take a real hard look at this.’ And so I did. Different people from across the region said, ‘It’s on you.’”

Woods continued: “So then I had to pray real hard and cry real hard and talk to my wife real loud…until I said, ‘Yes,’ with tears in my eyes to this responsibility back in 2017.”

In April, Woods was honored as a New Pittsburgh Courier “Man of Excellence” for the Class of 2021. He is executive chairman of BenefitsPLUS, an advisory board of professional healthcare and benefits decision-makers that discover health and welfare benefits innovations, products and services. His bio also stated that he has 20 years of sales leadership experience, and coaches public speaking techniques to sales professionals across the country.

“There’s something that a spouse can only see, and I have had the pleasure of being his wife for 10 years,” said Jessica Brooks-Woods, during the June 10 outdoor announcement. “This is a man who prays every day for his children, he wakes up at 5:30 in the morning before everyone gets up and…he prays over me. He kisses the kids every single night…he’s the drop-off, he’s the pick-up from school; he’s an active father. I would not be where I am today in my career without his support.”

Brooks-Woods called Marlin Woods a “servant leader” who is going to fight for the people of Pittsburgh, the city she said he loves.

“This is the man that you will have hope in, will believe in, and will know that he is the right one for this city,” she said.

Woods told the Courier that he was not running a campaign “against Ed Gainey;” rather he is running “for the people” of Pittsburgh. Woods believes that it’s not up to him to tell the people how to live their lives; it’s best to let the people tell him what they want and need, and then “we can create customizable solutions for every household,” which will create prosperity “for generations to come.”

“Tell me what are your aspirations. What your progress looks like, so we can start building springboards,” Woods told the crowd. “This is how we ascend. This is how we evolve. One individual at a time.”

Woods also said the primary responsibility of the Mayor’s Office is to create a community where an ecosystem of solutions can occur. That is done by bringing members of the community together and having a discussion on what people truly want. But the community must first have faith in the leader of the city to feel as though they can truly express their real feelings on how Pittsburgh can become a city for all.

ARTESHA FISHER, left, of Penn Hills, supports Marlin Woods to be the next mayor of Pittsburgh. “His leadership skills are immaculate,” she said of Woods.

Woods said he’s ready to serve the people of Pittsburgh. “I stand here humble, thankful and grateful before friends, family, team members, supporters, people I don’t even know….I thank God for the preparation that it took.”