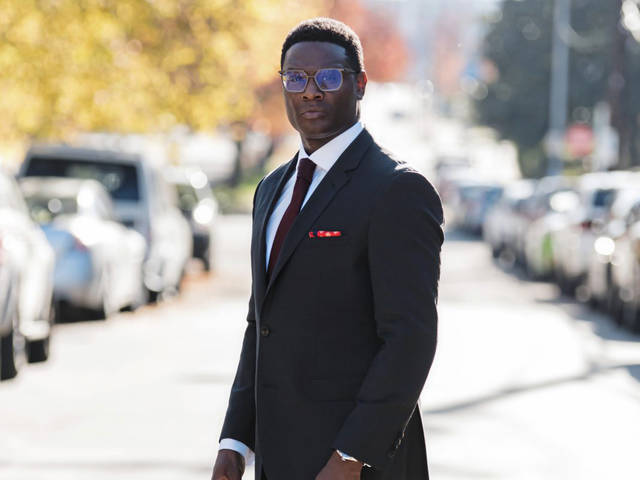 A 48-year-old East Liberty man who works as a benefits consultant will be announcing an independent run for Pittsburgh mayor Thursday evening.

“Leadership is my product and I believe in it,” Marlin Woods said in an interview before his campaign kickoff, which is set for 6 p.m. at Highland Park Reservoir.

Woods has until Aug. 2 to file nomination papers that include at least 1,167 residents, which is equivalent to 2% of the highest vote cast in the last citywide election, according to state election rules.

He would oppose state Rep. Ed Gainey, 51, of Lincoln Lemington. Gainey beat out Mayor Bill Peduto in the Democratic primary. Gainey won with 46% of the votes, according to results certified Monday.

Woods said he made the decision to make a run for mayor in 2017, long before Gainey and Moreno challenged Peduto in the incumbent mayor’s quest for a third term.

In 2017, several people asked Woods if he’d consider running for mayor, something that built on what Woods called “sensations” he’d been feeling for a year that he should seek office.

“From there, I had to take a real hard look at it,” he said.

He started planning then and he made the decision to announce his candidacy after the 2021 primary.

“This isn’t in response to recent social unrest, covid-19 or recent political activity,” Woods said. “This has been planned since 2017 and now here we are.”

Although he’s never held public office, politics has always “intrigued” Woods, he said. He’s stepped away from his consulting firm, Benefits Plus, to make the run for mayor. Benefits Plus vets employee benefit plans for employers. If elected, Woods proposes to run the city with more input from residents. “Let’s start with restoring decision-making back to residents,” Woods said.

He’d create a platform where residents could share their concerns and communicate to the city “what progress looks like” to them and Woods would use it to guide his decisions, he said.

his would provide “customizable solutions” to city issues. In an interview with the Tribune-Review, Woods made no mention of police reform, racial equity and other issues that have appeared in the mayoral race this year. Instead, he talked about leading the city with input “literally individual by individual, house by house.”

He wouldn’t comment on the feasibility of his campaign. Pittsburgh is overwhelmingly Democratic and the primary election results generally carry over into the general election. The city hasn’t elected a Republican mayor since the 1930s.

In 1977, Richard Caliguiri was the last independent to be elected mayor. But Caliguiri was a Democrat who ran as such when he was reelected in 1981 and 1985.

“I really have limited comment,” Woods said. “What I do recognize is that Pittsburgh is ready to pivot.”